We had been told that we would not be able to see the baby in the hospital and so we could expect to get her at least 48 hours after she was born (since she was a c section). Since the c section was planned for the 21-24th, our plan was to travel to Kentucky on the 21st, leaving around 9am (which would get us to Louisville around 4pm).

This morning, while we were getting ready, the social worker called around 8am to tell us our daughter was born last night!! And that her birth mother was insistent that we get to see her as soon as possible!! So we left as soon as my mom got to the house (around 8:20) and are supposed to meet the social worker and then OUR DAUGHTER at 6pm today!!!

The social worker called a little bit ago to give more details: she is 20inches long and weighs 6 pounds 6 ounces, and her apgar scores were 8 and 9. They say she is healthy and beautiful.

I drove the first two hours and started nodding off (didn’t sleep much last night) so now Chris is driving. Kentucky has never seemed so far away!! 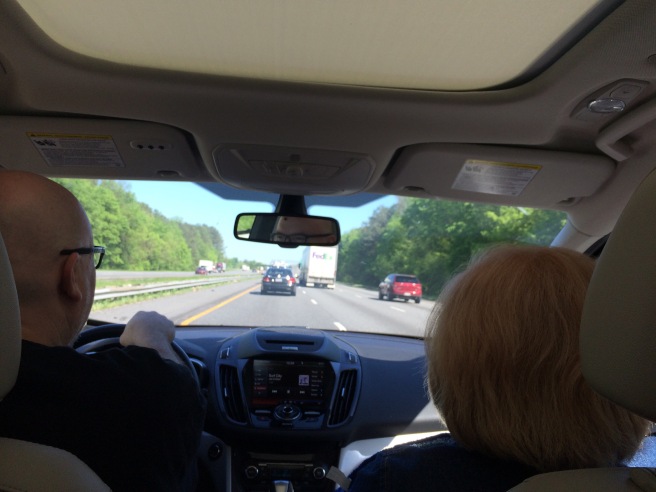 I’m going to try to go to sleep now so the time goes by faster.